Kudumane Manganese Resources (Proprietary) Ltd. (abbreviated as “KMR” hereafter) is a manganese mining company duly registered and incorporated in accordance with the laws of South Africa.

KMR’s headquarters is located in Johannesburg and it operates a manganese mine (“Kudumane Manganese Mine”) in the Northern Cape province around 80km northwest of Kuruman in South Africa.

Asia Minerals Limited via intermediate holding companies is a major shareholder in KMR and plays a significant role as a technical and marketing services provider to KMR. Bold Moves 1715 (Propriety) Limited and Afris Manganese (Pty) Ltd are the two BEE entity partners.

KMR has over 250 million mT of manganese resources and currently is operating 1.8 million mT of annual production. KMR has the infrastructure to accommodate railway to delivery mainly to Port Elizabeth.

In addition to the mine itself, the Kudumane complex will also operate crushing and screening plant, provide storage facilities to handle the mine’s residue and various support infrastructure. Plans are also afoot to construct a sintering plant, which will allow the mine to ship out its ore after undergoing the pre-smelting process. 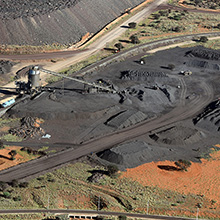 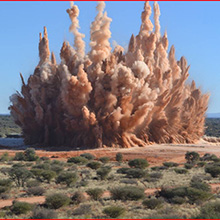 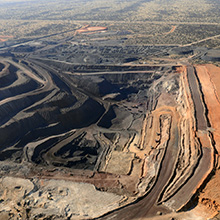