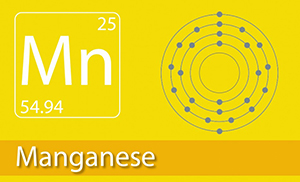 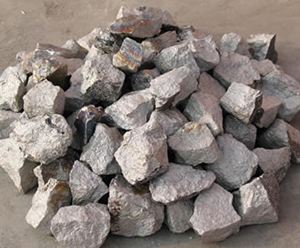 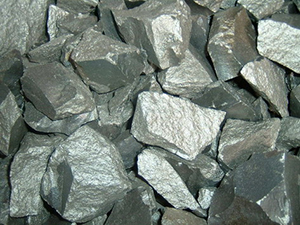 Manganese is a chemical element, designated by the chemical symbol “Mn”. It is found as a free element in nature (often in combination with iron) and could be found in many minerals. Manganese is the fourth most used metal in terms of tonnage, being ranked behind iron, aluminum and copper.

Manganese is the twelfth most abundant element in the Earth’s crust; however, it is hard to find a deposit which has high enough concentration of Manganese. Among more than 300 minerals reserves containing Manganese, only about a dozen of them are of mining significance. Current estimates of the world Manganese reserves (including low grade ores) reach several billion tons; however, if only high grade ores (defined as having more than 44% Mn content) are considered, then Manganese reserves are in the range of 680 million tons. Such high grade Manganese ores are essentially situated in the Southern hemisphere and in countries of Australia, Brazil, Gabon and South Africa, in which they are supplying over 90% of the international market.

Manganese has numerous applications in our daily lives. It is not only for industrial use like producing steels, portable batteries, or aluminum beverage cans; it also plays another vital role in maintaining human health, though it may not be widely recognized. Recommended daily dietary intake levels have been established by US regulatory authorities in an effort to ensure the maintenance of good health.

Steel is basically an alloy of Iron and Carbon. Crude steel produced from Iron which contains an undesirable amount of Oxygen and some Sulphur. Manganese plays a key role in the steelmaking process because of its two important properties: (1) its ability to combine with Sulphur and (2) its powerful deoxidation capacity. When there is insufficient Manganese, the Sulphur combines with Iron to form a low melting point Sulphide, which melts at hot rolling temperatures, causing a surface cracking phenomenon known as “hot shortness”.

The continuing importance of Manganese in steelmaking is indicated by the fact that about 90% of all Manganese consumed annually goes into steel as an alloying element. No satisfactory substitute of Manganese in steel could be identified which combines its relatively low price as well as its outstanding technical benefits. This is unlikely to be changed.

Other Metallurgical Uses of Manganese

The most important non-metallurgical application of manganese is in the form of Manganese Dioxide, which is used as a depolarizer in dry-cell batteries. Dry cell consumption in the world exceeds 20 billion units per year. The function of manganese in batteries is simple. In the battery cell, the anode and cathode are essentially humid. During discharge, hydrogen generated at one of the electrodes coats the latter with a gas film, preventing any further wetting, hence cutting off electrical generation. The role of the Manganese Dioxide is to oxidize the Hydrogen and form water. The rate at which this occurs depends on the reactivity of the Dioxide.

Manganese is also used to produce other chemical products for agricultural use or other industrial use, for example, Potassium Permanganate is one of the best known Manganese products that is used in purifying drinking water and treating waste water. Another example of important application of Manganese is “Maneb” (manganese-ethylene bisdithiocarbamate), an organo-chemical compound sold in the form of a yellow powder, which is an agricultural fungicide and is widely used for controlling crop and cereal diseases, downy mildew in vines, scab in fruit trees, banana and peanut diseases among others.